Seeing the quality of this ship it is hard to believe it was built in a hurry. There are no proper ship yards above the Khone Falls and we could not persuade our Vietnamese builders to assemble a ship trucked in in bits on the river bank. We tried our Rangoon builder and he also chickened out. By January 2015, we were taking bookings and selling out for November but still had no ship.

Paul Strachan in a panic flew to Vientiane and took a taxi down to the river bank and boarded the first cargo ship we saw, a 40 meter barge used to carry heavy loads of cement and rice up to China. She had two 400hp truck engines and was just the thing for tackling the terrifying fast flow of the Upper Mekong .The captain was the owner and agreed terms with Paul. The owner agreed to stay on as skipper and is still there. He immediately took her up to the Golden Triangle, a week’s sail away.

The Golden Triangle is where Burma, Laos and Thailand meet and was the perfect place to convert the ship. The build team came over from Mandalay, a two-day bus journey across the Shan mountains. They made a camp on the Burma river bank opposite where she lay on the Laos. We hired a house on the Thai side to act as an office and could source material and supplies from Thailand. Amazingly we had the ten cabin ship finished on time for the maiden voyage on the 1st November 2015. Actually it was the first time we have actually had the ship finished on time! Normally there are still sparks flying as the first passengers come on board. 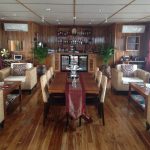 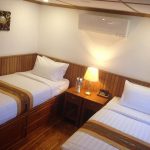 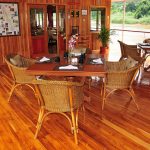 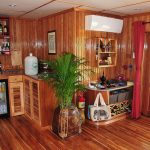 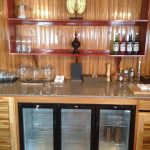 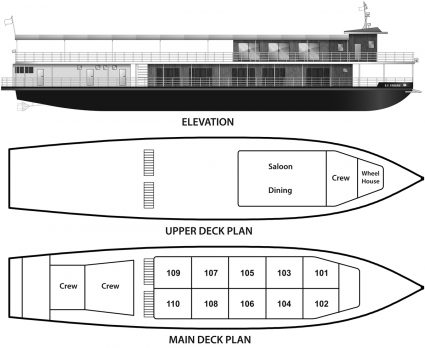