Through the North Atlantic to Africa

From $4,200 | 11 Day / 10 Nights
Experience some of Europe’s most varied coastal gems as you sail from Bergen, Norway to Casablanca, Morocco. Experience the charm and old-world feel of Amsterdam, then cross the English Channel to visit Guernsey, a distinctive island off the coast of Normandy. From there, you’ll cross the Bay of Biscay en route south to historic ports in Spain and Portugal before mooring in storied Casablanca.
View Google Map of Region 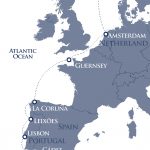 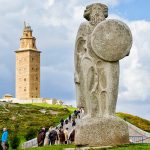 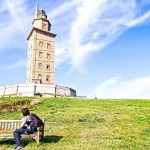 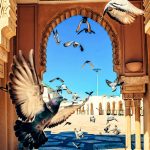 Located on the west coast of Norway, Bergen is the gateway to the fjords and an international city packed with history and tradition. Founded in 1070, it’s also Norway’s second-largest city. Bergen became well known in the 14th century, when a group of German merchants formed the Hanseatic League here. Many houses from this period can still be seen on Bryggen, a UNESCO World Heritage Site. In Bergen, pay a visit to the famous fish market and stroll through the city center to get a glimpse of modern Norwegian life.

This expedition begins with a day spent sailing the North Sea. Take in one of the fascinating lectures prepared by our knowledgeable staff, enjoy a coffee or cocktail in the observation lounge, or simply relax and take in the view from the deck as the ship makes its way south.

Amsterdam grew from a small fishing village formed in the 13th century to one of the most significant—and charming—cultural hubs in the world. Few cities mix history with  contemporary urban flair like the capital of the Netherlands does. Explore this historic city by foot, bike, or canal boat, and take an opportunity to visit one or more of the many incredible museums found here. The ship moors here overnight, giving you ample time to join excursions and get to know the city and its legendary nightlife.

The ship sets sail from Amsterdam in the early hours of the morning. The rest of the day is spent sailing across the English Channel, which connects the North Sea with the Atlantic Ocean. This is the world’s busiest seaway, with more than five hundred ships passing each and every day. The observation lounge is a good place to watch ocean liners from all over the world on their way through the Channel.

Located off the coast of Normandy in France, Guernsey is the second-largest of the Channel Islands, a group of land formations which bear a complicated political status. Though they are British-crown dependencies, they do not belong to the United Kingdom. St. Peter Port in Guernsey is considered to be one of Europe’s prettiest harbours, and it has been busy since Roman times. Here, the influence of the Gulf Stream creates a mild, almost Mediterranean climate. During the day, take the time to enjoy a stroll through the town, where you’ll find excellent shopping, museums, and lively pubs. For those who wish to explore, join a hike or bicycle trip to witness the island’s steep cliffs and remarkable vegetation.

Spend this day at sea keeping a lookout for marine life such as dolphins, whales, and seabirds from the deck. Enjoy the lectures offered by the expedition staff about history and biology both in the lecture hall and on deck.

La Coruña is sure to be a draw for history and culture buffs. Celtic and Roman heritage gives this city an almost mystical allure. La Coruña had its boom in the 14th and 15th centuries, when it functioned as the port for English pilgrims on their way to Santiago de Compostela. On your way into the harbour, you’ll pass the Hercules Tower, the oldest Roman lighthouse still in use today. Take a walk through the historic city centre, noting relics left from the cultures and peoples who once called this storied port home.

From Leixões, it’s a short trip to Porto, a city which is yours to explore for the day. See monuments by some of the world’s most famous architects of the past and present, take in stunning baroque carvings, try the internationally renowned sweet wine this city gets its name from, or let yourself be surprised by Porto’s British flavour. This is Portugal’s second-largest metropolis, and one of Europe’s most charismatic cities. Ribeira, its historic center at the northern bank of the Douro River, is a UNESCO World Heritage Site. After a day packed with the sights and sounds of Porto, return to the ship.

Lisbon is Europe’s second-oldest capital after Athens. It’s home to Bélem Tower and the Jéronimos Monastery, both of which are UNESCO World Heritage Sites. Within walking distance from the harbour, you’ll find the old city, which features numerous famous monuments—including the 45-metre neo-gothic Santa Justa Lift—just waiting to be explored. Join one of our excursions, or stop at one of Lisbon’s many restaurants, cafés, or bars to get a taste of modern life in this Portuguese city.

After a relaxing morning, the ship reaches the Cádiz harbour around lunchtime. Cádiz is almost totally surrounded by the Atlantic Ocean, and only connected with the mainland by a very small isthmus. The Phoenicians founded Cádiz around 1100 BC, and it’s generally considered the oldest continuously inhabited city in Western Europe—in later years, it was inhabited by Carthaginians, Romans, Visigoths, and Moors. Take some time to enjoy the seafood, churches, and museums, or explore narrow streets where the waves of the Atlantic crash against the seawalls.

This multi-country expedition ends in Casablanca, Morocco. Experience the view from the deck as the ship sails into the harbour—you’ll notice the majestic Hassan II Mosque coming into view. The mosque is the seventh largest mosque in the world, and 105,000 faithful can pray here at the same time. In the city, try walking through the narrow streets and a visit the souks, or African marketplace, to get a feel for this storied North African city.