From $2,660 | 8 Days / 7 Nights
This former colonial outpost offers a spellbinding blend of African and Portuguese influences in its architecture, food, and traditions. The Cape Verde archipelago is home to a range of landscapes—from mountains, lush hills, and jungles to lava fields, volcanoes, and deserted beaches. On this Cape Verde cruise, discover a colourful world in the middle of the Atlantic. 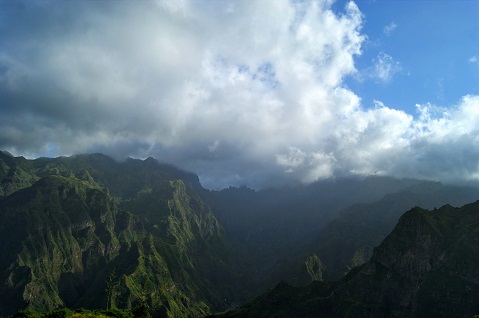 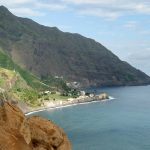 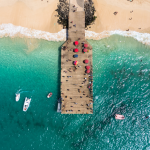 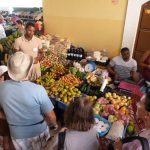 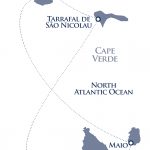 Located on the southern coast of Santiago island, Praia is the capital and largest city of Cape Verde. Your journey begins here, with embarkation taking place in the late afternoon. Overnight in port.

Santiago is the largest island of Cape Verde and home to half the nation’s population, with approximately 24,000 residents. An important agricultural centre, this island boasts a strong African influence. It is believed to have been discovered in the 15th century by Genoese navigator António da Noli.

Today, the morning is spent at your leisure and lunch is served on board the ship. In the afternoon, you may choose to leave the ship for an excursion to Cidade Velha, a former Portuguese capital featuring ample evidence of Santiago’s storied history. The fort, along with several nearby settlements, were once a thriving centre for the slave trade. The Museum of Maritime History displays riches seized from shipwrecks. Late in the evening, the ship sails north to Ilha do Fogo. The night is spent at sea.

In the early morning hours, arrive at Ilha do Fogo, aptly named “Fire Island” for its dominating volcano, which rises some 3000 metres above sea level. Here, an optional full-day excursion will bring you to the top of the volcano—right to the edge of the crater. Walk through a landscape of hardened lava, and stop for lunch at the “village” in the crater. En route back to the ship, see São Filipe, a city with warmth and colonial charm.

In the late evening, the ship sets sail for Ilha de São Nicolau, and the night is spent at sea.

In the morning, arrive at São Nicolau, a peaceful island with friendly residents and dozens of coffee plantations. Set off on an optional full-day tour of the island, including a walk near the Monte Gordo volcano and in its neighbouring forest, as well as a glimpse of the Faja Valley.

Fresh seafood is served for lunch, after which you’ll have a chance to explore the town of Ribeira Brava, including its historic quarter, church, and seminary. Late in the evening, the ship sets sail for Santo Antão. Night spent at sea.

In the evening, the ship sets sail for the nearby city of Mindelo on the island of São Vicente. Upon arrival, take this once-in-a-lifetime opportunity to experience some of Mindelo’s famous nightlife, and possibly a musical event. The ship moors in port.

Once a vibrant commercial island, São Vicente has evolved into a cultural centre, with its capital Mindelo, as an important hub. With its cobblestone streets, brightly coloured colonial houses, and picturesque harbour, Mindelo is among Cape Verde’s most attractive cities.

Today, an optional walking excursion takes you to the galleries, busy restaurants, and musical performances that have earned Mindelo its reputation as a cultural centre. After a day exploring this Cape Verde gem, set sail for Maio. Overnight at sea.

Arrive at Maio, the easternmost of the Sotavento islands of Cape Verde. Here, you’ll find a calm and relaxed community, along with relatively flat landscapes—at least compared to other archipelago islands—that may have resulted from erosion over the past centuries. Today, discover the island’s main settlement, Vila do Maio, on foot. See the striking, white-and-yellow Baroque church erected by the Portuguese. The ship spends the night in port.

In the morning, sail to Praia on the island of Santiago. After breakfast, disembark and prepare for your onward journey.