Both Sides of the Panama Canal

From $8,990 | 12 Days / 11 Nights
Learn the secrets of long-lost cultures and spot exotic plant and animal life on an expedition between the Atlantic and Pacific. The contrasting worlds of Central and South America are connected by the technological miracle that is the famous Panama Canal. A journey of discovery through time awaits you, bringing unforgettable impressions.
View Google Map of Region 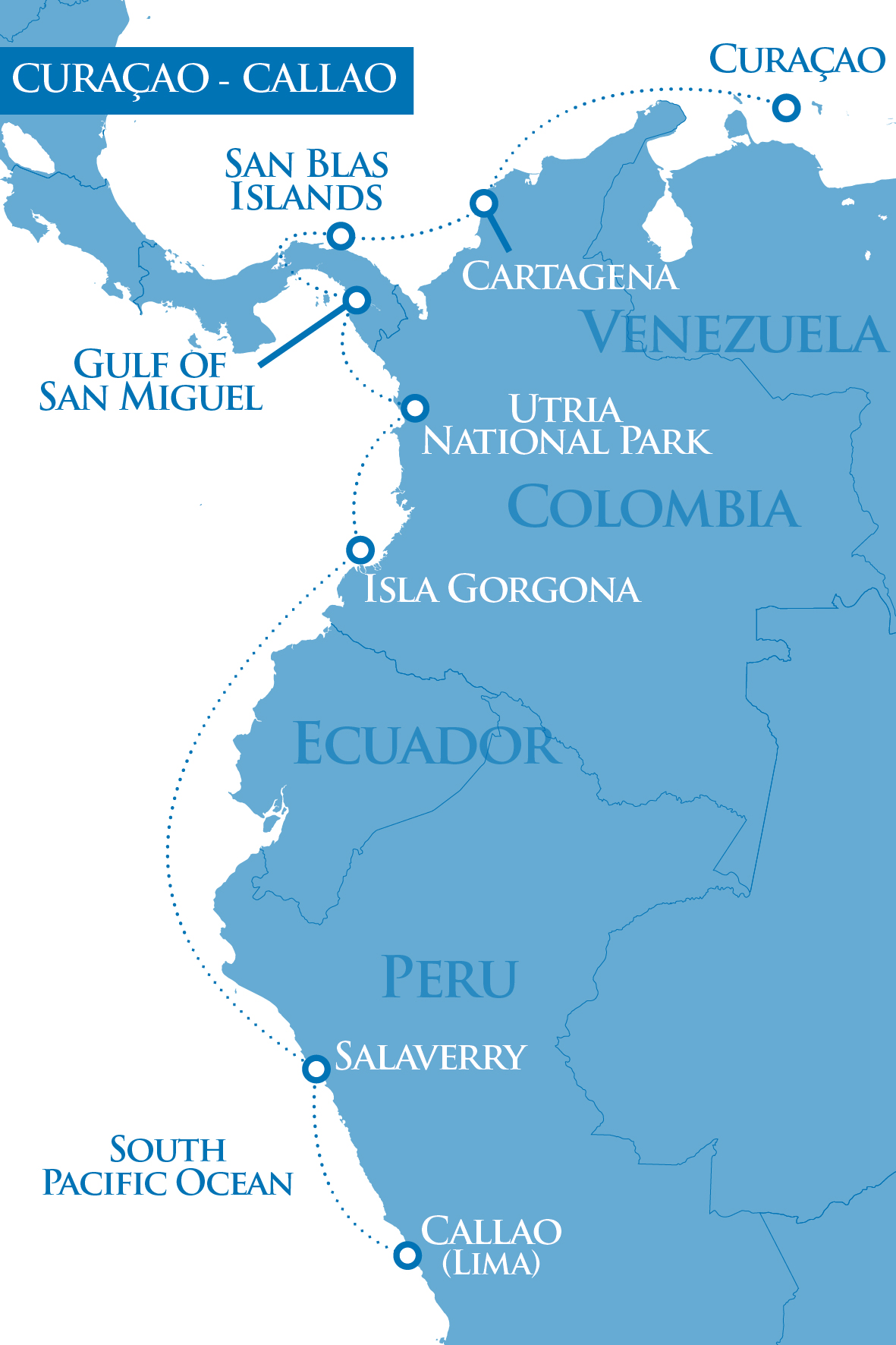 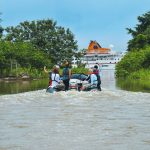 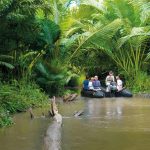 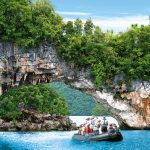 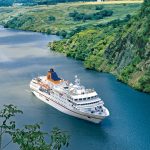 Fly from Frankfurt to the Dutch Caribbean island of Curaçao, where you’ll embark the ship in the evening, setting sail along the northern coast of South America.

Spend a relaxing day at sea, taking in spectacular ocean views from the deck, participating in on-board activities, or enjoying luxury amenities.

In one of South America’s most beautiful cities, find a treasure trove of architectural, historical, and cultural wonders. Cartagena, Colombia, was declared a UNESCO World Heritage Site in 1984 and immortalised one year later in a novel by Nobel laureate Gabriel Garcia Marquez. On an optional guided tour through historic Cartagena, discover the picturesque old town, magnificent colonial buildings, and the imposing San Felipe fortress.

The Kuna indigenous people of the San Blas Islands, Panama, claim a past steeped in tradition. Their small autonomous island reserve is a postcard-perfect world of palm trees and white sandy beaches—an ideal place to relax, swim, snorkel, or simply let your mind wander.

Here, you’ll get a first glimpse of the Panama Canal, a legendary structure that is over 80 kilometres long and undeniably one of the world’s most important straits. Since it opened more than a century ago, the canal has undergone and continues to undergo significant expansion to accommodate ever growing container ships.

The daytime passage through the Panama Canal will be the highlight of your voyage. The team of experts on board will ensure your picturesque views are nuanced with fascinating facts about the canal’s construction and significance. From the deck, enjoy views of grasslands, dense jungle, and wild mangrove forests. The Panama Canal will draws you, until the moment you reach an exotic new world on the Pacific side.

DAY 6 / GULF OF SAN MIGUEL
In this El Dorado of lush, natural wonders, discover the green heart of Panama. Traditional boats will take you into the Darien jungle, Central America’s largest continuous rainforest, offering a rare and up-close vantage point for observation. In this diverse habitat, encounter the Embera tribe, who live in widely strewn forest villages, and learn about their traditional way of life.

Colombia’s eco-tourism objectives are in line with our high standards on board, so you can follow a trail instead of leaving one behind. Look forward to the exotic flora and fauna in the almost untouched rainforests of Utria National Park, which offers extraordinary biodiversity, from tropical birds to reptiles and amphibians. Which species will you see? With a little luck, you may even spot humpback whales from the deck, which give birth in these warm waters.

A paradise for plant researchers, Isla Gorgona once served as a base for pirates and later, as the “Alcatraz of Colombia” before it was turned into a nature reserve. Coral reefs, secluded beaches and varied hiking routes—this is the perfect place to dream and discover!

Spend a relaxing day at sea, taking in spectacular ocean views from the deck, participating in on-board activities, or enjoying luxury amenities.

The propeller of the ship seems to turn back time, reviving ancient civilisations, including the impressive legacy of the Chimu near Salaverry. On an optional excursion here, explore the Huaca el Dragon temple and Chan Chan, the continent’s most important archaeological site. This UNESCO World Heritage Site, which was constructed around 1300, is one of the largest adobe cities in the world. Marvel at the former centre of the Mochica culture, around 2,000 years old, and the ruins of important Chimu shrines in the Moche Valley and the Pyramids of the Sun and Moon, two imposing structures. One of the structures is made from millions of adobe bricks, while the other is decorated with colourful paintings and friezes. Imagine people praying here to gain the favour of the gods.

The Islas Guanape were created by the raw forces of nature, and appear on this route for the first time. Their rugged cliffs are populated by gannets, Inca terns, and pelicans. The islands are also home to sea lions and Humboldt penguins. Your thirst for discovery will be inspired both here and off the Islas Grupo de Huaura. Both archipelagos are remote conservation areas, which means your visits are subject to official approval. All visitors must respect the ecological sensitivity of the islands, in keeping with our environmental philosophy.

Enriched by unforgettable impressions and with your yearning for adventure fulfilled, you can look back on the many contrasts of your expedition from the coastal city of Callao. Disembark here in the morning, and board a flight from Lima to Frankfurt.

Your journey comes to an end in Frankfurt.

Prices are per person based on double occupancy.

*Note: Category 1 is not offered as a single option