From $3,220 | 9 Days / 8 Nights
Take in Tokyo’s space-age skyline, swanky food scene, and sights including the Imperial Palace and the Tokyo Tower. Next, hop on a bullet train to Osaka, where good food and some of the country’s most famous landmarks, including the Osaka Castle, await your discovery. Next stop is Seoul, where Korean tradition meets cutting-edge technology and design.
View Google Map of Region 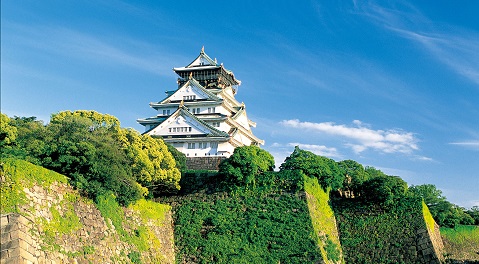 Arrive in Tokyo, Japan’s dynamic capital. With its distinctive blend of the historic and the futuristic, this internationally focused city prides itself on reinvention and self-renewal. After settling into your hotel room, take the remainder of the day to rest after a lengthy journey, or venture out to get a glimpse of Tokyo.

After breakfast at your hotel, set off on a half-day city tour, where you’ll have the opportunity to see the Tokyo Tower, the Imperial Palace Plaza, Nakamise-dōri and the ancient Buddhist Sensō-ji Temple, Ueno, and Akihabara. This tour ends with a stop at Tokyo Station in the business district of Marunouchi. From here, continue to discover Tokyo’s sights at your own pace or head back to your hotel.

The day is yours to explore the city—see the Meiji Shrine, or take in the sights and sounds of famed Tokyo neighbourhoods and districts such as Roppongi, Odaiba, and Harajuku. Go shopping in some of Tokyo’s quirkiest fashion and retail outlets, visit the Tsukiji fish market, or continue to the city’s more traditional landmarks, including Kabuki-za, Hantei, or the Ghibli Museum. Tokyo’s unparalleled restaurant and nightclub scene awaits you in the evening.

Breakfast is served at your hotel. After, make your way to Tokyo Station to board one of the country’s famous high-speed bullet trains en route to Osaka.

Upon arrival in Osaka, check-in to your hotel. The remainder of the day is yours to get a feel for Japan’s third-largest city, a notable contrast to fast-paced and fashionable Tokyo.

After breakfast at your hotel, spend the morning at your leisure. Osaka is a commercial capital that’s famous for its food.

In the afternoon, discover the city on a guided walking tour. You’ll take in sightseeing highlights, including the Osaka Castle. Get a new perspective on a tour on board the Osaka Aqua Liner.

Following a leisurely breakfast, check out of your hotel. A transfer will take you to the Osaka airport for your flight to Seoul, South Korea. After checking in to your hotel, the remainder of the day is spent at your leisure.

Seoul is the dazzling capital of South Korea. With over 10 million inhabitants and a unique mix of the progressive and the traditional, there is much to discover here—from shrines, temples, and palaces to mountain hiking trails.

On your first full day in Seoul, discover the city on a guided tour. In the morning, you’ll see Jogyesa Temple, one of the most significant Buddhist temples in all of Korea and a symbol of Korean Buddhism. It’s also the executive office and official residence of the country’s head of state.

Next, visit the Blue House, a complex built largely in Korea’s traditional architectural style, with only a few modern elements. Gyeonbok Palace, which you’ll see next, was built in 1395. It’s the largest of the five grand palaces constructed during the Joseon dynasty, and served as the royal residence during this time. Your final stop this morning is at the National Folk Museum, which should give you a glimpse into Korean culture and daily life.

After a lunch of local fare at a nearby restaurant, head to UNESCO-listed Changdeok Palace. This Joseon-dynasty palace is among the best preserved in the country. Next, discover Insadong Alley, with its tea shops and modern galleries.

The last stop of the day is Namdaemun Market, a traditional market that offers every imaginable product—from clothing and textiles to handicrafts, food, farm and fishery products, and imported merchandise.

The day is yours to explore Seoul at your own pace. Stroll next to Cheong-gye-cheon, pay a visit to the Bukchon Hanok Village, or visit the Gwangjang Market, Seoul’s largest food alley, for some delectable treats.

This journey from Japan to South Korea ends today. After breakfast at your hotel, check out and take a transfer to the airport to prepare for your onward journey.

$920 per person (based on single occupancy)